How to set up a bank account in Australia?

The process is quite simple. You can even do it while you are in the United Kingdom. However you need to be granted a visa first as its number is required to open a bank account. Once you have been provided with your own Australian bank account you can start paying in your money.

Unfortunately there is a small catch! You will not be able to make any bank transfers or withdrawals until you have paid a visit at the local branch of your chosen bank in Australia. The visit is needed to complete quite strict procedures. You need to be careful. If you transfer your money make sure you have all document needed to make your account fully active. Otherwise you may run out of money before you get what's needed from the UK. More tips and information can be found in the article below.

There are plenty of different banks in Australia and the there is also a big variety of accounts. However, not all organisations have the bank account opening options for people being overseas.

The interest rate is quite high. The internet access and many special offers will allow you to avoid paying the commission when your account balance exceeds a certain amount. Just read your bank account terms and conditions to find out more details.

Money and Banking in Australia 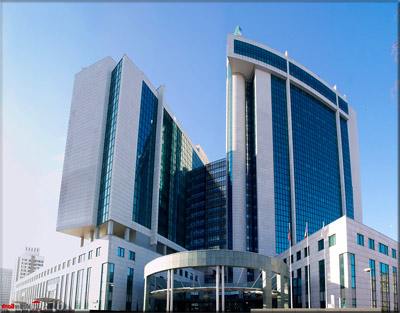 When you arrive in Australia you will have to open a bank account so you can keep your money safe. A personal account is also required by law. You salary must be transferred to you bank by your employer. You can't get paid in cash. In this article we will try to describe in a nutshell,a few practical aspects of dealing with every day finances in Australia.

Since 1966 the currency in Australia is the Australian dollar. The dollar is divided into 100 cents. Banknote in circulation are 5, 10, 20, 50 and 100 dollar (the latter is quite rare), and coins of 5, 10, 20, 50 cents and 1 and 2 dollar. The smallest unit is five cents and if you pay in cash  the rest is rounded to the nearest five cents. Australian banknote are plastic, so for example, if you accidentally wash them with clothing it does not matter. Your money will not get damaged.

Australian dollar is interchangeable throughout the world and is one of the most popular world currencies (which does not mean that the UK exchange offices can sell enough dollars needed for such a trip). In Australia you can exchange the money in banks as well as in the currency exchange offices. Exchange rates are usually situated in a prominent places, but sometimes at the counter you may be charged a transaction fee that can fundamentally change the profitability of the transaction.

There are two main ways to send money to Australia from UK. The first is a traditional bank. You go to your bank (not necessarily because such an operation can be carried out via the internet). You need to know the SWIFT code of your the account you want to send the many to, fill in the appropriate form and the job is done. The money should reach the other end up to a week. It is better to send them on Monday then in most cases they will be transferred by Friday. This method is relatively fast, but unfortunately it will cost you about £17 or more depends on the bank you are with.

The second solution is to use a company offering international online payments. The most famous is popularized by eBay PayPal.  You can also use MoneyBookers or other companies such us PersonalFX – GlobalReachPartners.

In short all those companies have bank accounts in all countries in which they provide financial services. You as their client are sending the money to your account that you have opened with them in the UK so you are making a domestic payment. Within 2 /3 days the money is on your account. Now you can instruct your company to transfer your found to a bank account in Australia. In fact they do not use your money. They make a payment using their account in OZ. As you can see it is another domestic transfer without any commission for the money agent.

It costs far less than traditional banking operations, and we have used this system many times. Would I use this method to transfer my life savings? Probably not but you can make your own decisions. It is good that such a possibility exists. 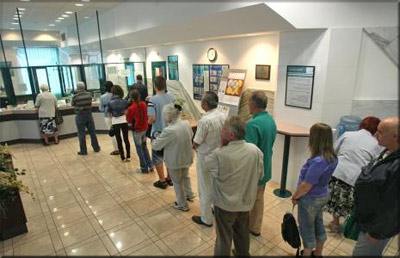 To be able to open a bank account in Australia you need to meet  so-called the 100 points requirement. It is a method of identifying a person to prevent theft of somebody’s identity. In short, you need to provide a certain documents to the bank. Each document has points assigned to it.  You need to provide so many documents that the sum of those points makes in total 100. For details, please here .

Usually the personal accounts are not interest-bearing and most banks charge small fees for them. The bank account are free for students. Some banks have contracts with large employers and offer their employees free bank accounts.

If you emigrate to Australia then you have a possibility of opening a bank account before you leave your home country. On the big banks websites, you can find some forms that must be completed and sent by post to Australia. Banks will send you back the information about the your account. You will be able to pay in your money on this account but to withdraw them you will have to visit the local branch while you in Australia and complete the remaining formalities.

Australia's banking market is an oligopoly (monopoly of a few companies). The first four banks listed below create so called Big Four. They dominate the market and dictate the conditions. They have branches in all states, even in most small towns, with ATMs in every self-respecting mall.
If you looking to open a  personal bank account in Australia following the availability of branches and ATMs you should consider choosing one of the four banks.

Commonwealth Bank - Originally state-owned bank founded in 1911. The first branch was opened in central Melbourne, but in 1916 it was moved to central Sydney . In the 90s of the twentieth century, the bank was fully privatized. Its shares are listed on the stock exchange. CBA plays in Australia a similar role as The Royal Bank of Scotland in Scotland.

Westpac is the abbreviation for Western-Pacific. This bank came in to being from the established in 1817 Bank of New South Wales, Australia's oldest bank. By further acquisitions Westpac grew into the largest banking group in the country (after the acquisition of St George Bank in 2008). Its Headquartered is in Sydney.

National Australia Bank is based in Melbourne. The Bank was established at the beginning of 1858, and again after the bankruptcy in 1893. Currently, NAB is a financial giant holding offices in 10 countries. It is the owner of  MLC investment company and online banking solution  - UBank.

Australia and New Zealand Banking Group. The Bank was founded in London in 1835 as the Bank of Australasia. It is now the fourth largest bank in OZ and the largest bank in New Zealand. The head office of the company is in Melbourne.

In addition to the above there is a number of domestic banks with local significance (such as Bendigo Bank, Bank of Queensland) and others that are in fact a part of the "big four" ( , Westbank St George). There are some banks specialising in certain market segments ( Macquarie Group).

There is also a presence of foreign banks that are trying to come in to being in Australia (such as HSBC, Citibank, ING). There are also some organisations on the loan market that operate a number of companies that do not have the status of a bank ( RAMS, GE Capital).

Each of the big banks offer access to the basic operations from the internet. Despite the fact that the level of the security seems to be much worse than in the UK the need to visit the bank is quite rare and the problems which cannot be solved over the internet can be often sorted out via the hot line.

Online banks, which do not have branches where you can go and get sorted any issues are not yet very popular. An example of such bank is dependent on the NAB UBank.

ATMs are called in Australia (ATM Automated Teller Machine), and are available to the public in shopping centres, at branches of banks, petrol stations and just in the streets.

The scam and fraud associated with ATMs occur in Australia from time to time. Remember to protect your PIN at all time.

If you use your home bank ATM the withdrawal is usually free. In other cases for each transaction you will pay a few dollars (the exact price depends on the policy of the ATM owner).

The commonly accepted cards are Visa and MasterCard (Maestro). 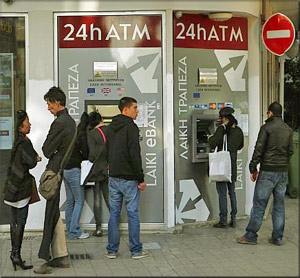 Card payments are widespread in Australia. The vast majority of shops, hotels, customer service centres accept credit card payments. An exception may be markets, where the only accepted payment method is cash.

An interesting fact in relation to the UK is that when paying by card you need to state whether the account is  "debit", "savings" or "credit".
A very common example is the payment by card over the phone. To book an accommodation you need make a prepayment entering the card number and its expiration date.

Both Visa and MasterCard are widely accepted in Australia. When paying with American Express you may have to pay a commission.