Short history of Australia - basic info about the geographical location, population and territory - Down Under

section if you would like to know how much it is going to be to transport all your personal belonging from United Kingdom to Australia. Benefit from our free service. ?

In our days people have plenty of opportunities to organize themselves a nice and quality holiday, retirement or simply everyday existence. This is due to the significantly increased level of life in the United Kingdom and to the fact that there is no more serious prohibitions and restrictions on travelling abroad.

To put it briefly, if you have some financial means and have no criminal record you can immigrate wherever you wish. Also if you do not want to leave your homeland for good you can treat yourself with a varied vacation almost anywhere in the world.

On the planet there are many places that amaze with their magnificence and colours. One of the best places to go to is Australia - a unique continent with its indigenous people and natural beauty. It's a place where each of us could find something interesting. We hope that the little information below that we offer will encourage you to go to this wonderful country and use our company to help you with the entire process of transferring your goods over. Shipping to Australia from UK is what we do every day.

AUSTRALIA is the continent in the southern hemisphere, as well as an independent state. It's official name is Australian Union. 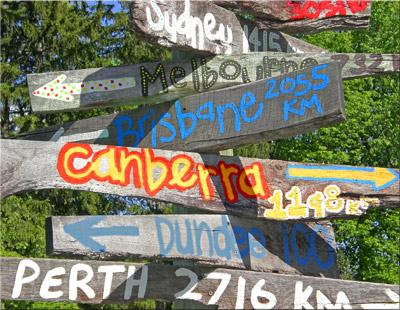 The structure of this state, except for the mainland, are Tasmania and other islands. The mainland is surrounded by the Pacific in the east and the Indian Ocean in the west and south.

The mainland Australia is separated, on the south-east, from Tasmania by the Bass Strait which is 240 km wide and from New Guinea in the north-east be the Torres Strait which length is about 145 km.

Before the settlement of Australia by the Europeans the territory of states of the continent was inhabited only by the locals today called aborigines, who, according to scientists, appeared on the Green Continent more than forty thousand years ago. It is possible that the sailors from different countries landed on the coast of Australia in the Middle Ages. The Europeans only became known to this faraway place early in the second half of the last millennium BC.

Before the first European explorers arrived in the Great Australian land, the continent existed only in myths. The official opening time of the continent by Europeans is in 1770, when the fleet of Her Majesty the Queen of Great Britain led by the legendary James Cook approached the coast. While still in the seventeenth century, these places were discovered by marine researchers from the Netherlands and Tasmania.

In general, the colonization of Australia was primarily due to the fact that the British had lost their chances to rule on the lands of North America. For this reason the British decided to found a new colony. The first inhabitants were convicts with their guards. By the end of 1830 the British colonizers managed to captured the entire continent and this is when the first voluntary settlers have arrived.

In the late nineteenth century large deposits of gold were found in Australia, which had a direct impact on the increase of immigrants who arrived to make a fortune.

The Commonwealth of Australia was established at the beginning of the twentieth century. It consisted of six separate colonies and was the British dominion. Australia regained the independence from the British Empire in 1931. In 1945 it joined the ranks of the United Nations. The main achievement of Australian democracy was the granting of civil rights to indigenous

Today, the level of development in Australia is surely among the top twenty of the leading countries in the world.

It is better to exchange money in banks. You will find a lot of them at each airport. Credit cards are accepted almost everywhere in the central regions, but in the small private shops, especially in the provinces, they are likely to be useless pieces of plastic. Travellers checks are very unprofitable. Banks charge high commissions for cashing them. When you move to Australia from UK just for holiday it is always good to have some money in the pocket.

The country has an extensive ATM network. Banks are usually open Monday to Thursday from 9:30 to 16:00, Fridays 9.30 am until 17:00, on Saturday and Sunday they are usually closed. In some states, banks are open on the Saturday morning.

Tipping in Australia does not have the status of "mandatory", but no one will refuse to accept it. In the restaurants you can leave 5-10% of the total bill and in hotels 1 or 2 AUD.  When paying for the taxi, you can just round up the total sum to the next higher amount.
The exchange rate in March 2013: £1 = 1,44 AUD

Give us a call if you are sending furniture to Bundaberg and looking for professional international movers to delivery your goods from any location in the World.