What do Australians eat? What are the customs dishes in OZ? Is the Aussie food any good and tasty?

Australian food is very diversified. This is mainly due to both the geographical location of the continent and its history. Over the centuries, the Australian kitchen was undervalued. Currently it has been gaining more and more enthusiasts. Find out more about Aussie customs food!

The dishes invented in Australia or by Australians: 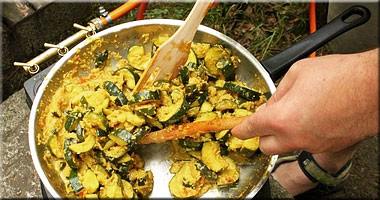 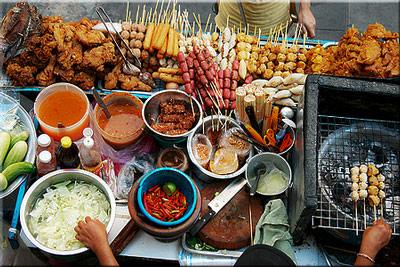 Australia today is a multicultural society owing to the number of people from different parts of the world that migrated to the country for one reason or the other.

These people also come with their dishes some of which have been used to spice up some Australian cuisine adding to the traditional Australian food list.

In the light of the above, it can be said that there is influence of globalisation and civilization in the Australian cuisine today. The Aussies today make healthy choices both in foods and drinks. There are plenty of organic as well as biodynamic foods in the country today. If you prefer bush foods, you will find some in the menus of some restaurant.

One of the agricultural produce of Australia is meat. Traditionally, the Aussies eat a lot of meat. It forms part of typical Australian food. It is traditional in Australia to barbecue meat. There are other ways the meat is prepared or used in preparing other dishes. It can be used in preparing pies. It can also be roasted. There are other typical dairy products in the country.
Below are some popular Australian foods.

Meat pie is virtually available in various parts of the world. But the Australian meat pie has its uniqueness and it has become a national food in the country. As an Australian famous food, a meat pie contest known as the Great Aussie Pie Contest is celebrated on yearly basis. Pie makers across the country participate in this contest and those whose meat pie meet the required standard are given awesome prices. Most people use meat pies as takeaway snack to their guest. The pie contains gravy and enough minced meat. It is normally served with cheese, onions and mushroom.

Chiko roll is one of those foods influenced by other foreign dishes. The Chinese egg roll inspired this food. It is first made by Frank McEnroe and since then it has become a typical Australian cuisine.

Some of the ingredients used in preparing the food include tube of flour, celery, barley, beef, cabbage, corn, onion, carrot, egg and spices.

Tube of flour or dough is used to wrap or roll up these ingredients before it is deeply fried. It was initially known as chinco roll but later, the name is changed to Chiko.

Today, chiko rolls are not eaten only by the Australians. They are now exported to other countries like Japan. 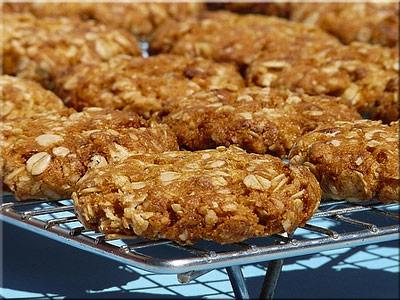 These cookies originate from the time of WWI. Legend says that the cookies were made ​​by the wife of New Zealand and Australian soldiers who fought in the war in Europe.

They were specially made so that they could survived a long journey from Australia to Europe.

The Name of the cookies comes from the Australian and New Zealand Army Corps (ANZAC). The cookies are delicious, crunchy and stored in a closed vessel, long retain freshness and are favourite Australian food for kids and children.

We would recommend them because they are really tasty.

This dish is peculiar to some areas in South Australia. However, some eating spots in other parts of the country may serve this dish. An inverted meat pie is put in a thick green pea soup. Mint and tomato sauces are used to cover the pie and flavoured with salt and pepper. If you are in Adelaide or in other areas of South Australia where it is served, you will find this food at caravans parked by the roadside in the evening time. In 2003, the food was listed among the South Australian Heritage icons.

Lamington is a typical Australian dish. It is a delectable cube-shaped dessert that originated in the country. It is sponge cake coated with a chocolate mixture. Desiccated coconut is used to cover the cake. Cream or strawberry jam is used to serve the food. You will find this food in bakeries. It is today eaten in other parts of the world.

This is the name for Australian bread prepared without yeast. It is most suitable food for camping. Camp-fire coals are traditionally used in baking the food. Water and flour are enough to prepare this bread but milk can also be added. Most people today used nuts to bake it and then serve it with jam or butter in order to make it more palatable.

The most traditional dishes of Australia are just few of the numerous Australian customs foods. The country has numerous types of fruits, bush foods, fish and seafood, drinks of various types including alcoholic beverages and many more. Some of the fruits available in OZ are:

Different Coffee forms are also a part of the good and worldwide famous Australia food. The people here have a rich coffee industry. But the country owes its coffee culture and industry to the Italians and Greeks that migrated to the country in the beginning of 20th century.

Australia is one of the largest producers of various types of wine across the globe. The wine industry in Australia is regarded as the fourth largest in terms of international export of wine. The industry gives about $5.5 billion to the economy of the country on yearly basis. The Aussies like taking wines. It is estimated that 500 million litters of wine are consumed on yearly basis by the Australians while 760 million litres are exported to other countries. Bringing wine to Australia from the UK is also quite common. Popular wine regions in the country are Victoria, New South Wales and Western Australia. Districts with rich wine culture include Barossa valley, Margaret River and Hunter Region. Besides wine, Australia also produces beer right from the colonial era.

From the above, you can see that Australia has rich cuisine. There are foods to satisfy every tastebud including children. You can search the internet if you want to know more about the Australian food facts for kids.  You will surely marvel at the wealth of information you will obtain on that. You can get many products and cook all most delicious Australian dishes on your own in the UK. 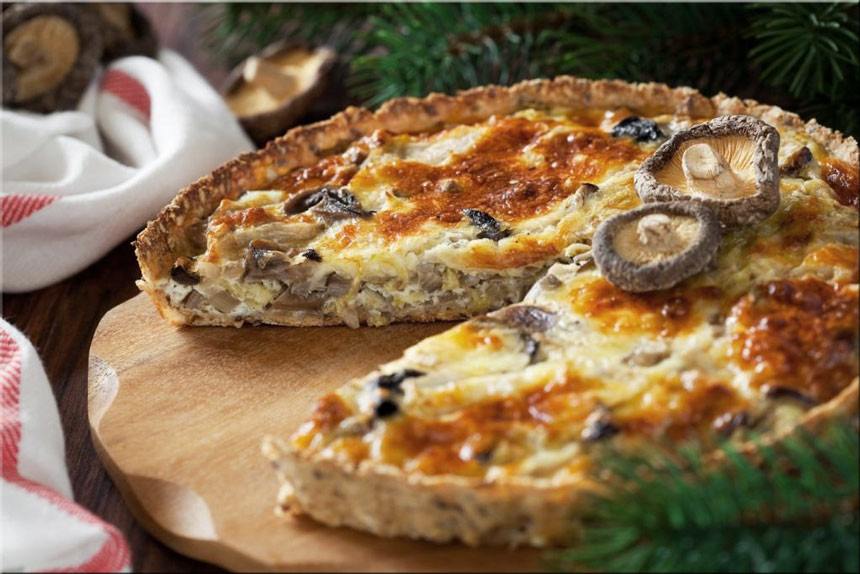